The 67th Legislative Assembly adjourned late on April 29, the 76th day of the legislative session. This leaves four days for the full legislative assembly to use during the interim when they meet before the next session convenes in 2023. The legislators will have to return in the interim for the purpose of redistricting and to address the Federal money that is allocated to North Dakota. They can return two different ways — by calling themselves back using the four days they saved, or the Governor may call them back. If the Governor calls them back, he has the authority to set the agenda of business to address.

The total budget for the 2021-23 biennium amounts to $16.9 billion, which is $3.2 billion more than the budget for the 2019-21 biennium budget. Most of the large increase is due to the state receiving a large amount of federal funding related to the pandemic.
General fund spending for the 2021-23 biennium amounts to $4.99 billion, which is an increase of about $200 million from the 2019-21 biennium budget.
A transfer of $410 million from the Strategic Improvement and Investment Fund (SIIF) will be made to the general fund to balance the budget. This transfer is necessary because ongoing spending continues to outpace ongoing revenues. The projected ending balance for the 2021-2023 biennium is $63 million.
Major areas of increased general fund spending include an additional $118 million for the Department of Human Services, $10 million for an increase in the Homestead Tax Credit and Disabled Veterans’ Tax Credit, $25 million for the Clean Sustainable Energy Authority, $38 million for the North Dakota University System, $11.8 for the Information Technology Department and $11 million for higher education challenge grants.
The largest decrease of general fund spending includes $62.7 million less in general funds for the Department of Public Instruction. This reduction of general funds is due to a funding source change from general funds to the state tuition fund and common schools trust fund as well as the use of $23 million of 2019-2021 carryover funds from the department.
Other major decreases to agency general fund spending include a decrease of $7.8 million for the Highway Patrol as Coronavirus Relief Fund dollars were appropriated for a portion of law enforcement salaries. In addition, the Department of Corrections and Rehabilitation was able to use $18.3 million of funding from the Coronavirus Relief Fund for law enforcement salaries resulting in a decrease of general funds of $10 million.
The Strategic Investment and Improvement Fund was used not only to balance the general fund budget but also for spending directly from the fund. Major appropriations from the SIIF include $15 million for the Innovation Loan Fund to support technology projects, $21.8 million for the University System for building projects, $9.5 million to the Oil and Gas Research Fund, $29 million for the unmanned aircraft system program, and $30 million to increase the Fuel Production Facility Loan guarantees from $50 million to $80 million.

House Bill 1431 authorizes the Public Finance Agency to issue up to $680 million of bonds for the following purposes:

Debt service for the bonds will be made from the general fund, derived from Legacy Fund earnings.

Loan Fund and Investment in the State

In addition to creating the Legacy Infrastructure Loan Fund, House Bill 1431 also authorizes the State Investment Board to target allocation of 10% of the fixed income investments of the Legacy Fund to fixed investments within the State of North Dakota. Forty percent of that must be targeted for infrastructure loans to political subdivisions and up to 60%, with a minimum of $400 million, must be designated to the Bank of North Dakota’s certificate of deposit match program.

Also, the State Investment Board is authorized to target another allocation of 10% to equity investments in the state, of which 3% may be targeted for investment of one or more equity funds, venture capital funds, or alternate investment funds with a primary strategy of investing in emerging or expanding companies in the state.

It is also the legislative intent of House Bill 1380 that the 68th Legislative Assembly consider additional allocations from the Legacy Earnings Fund including value-added agricultural programs, the Innovation Loan Fund, state building maintenance and improvements and other one-time initiatives. This would allow for initiatives to diversify the state’s economy, improve the efficiency and effectiveness of state government and to reduce ongoing general fund appropriations of state agencies. 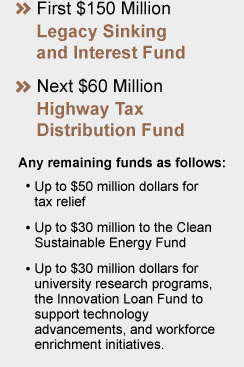 Human Services providers will receive an inflationary increase of 2% the first year of the biennium and one-quarter of 1% the second year of the biennium. It is legislative intent that future sessions of the 67th legislative assembly consider an additional second year inflationary increase during the 2021-23 biennium based on any extensions of the enhanced FMAP.

The State Hospital was approved funding of $3 million for architectural reviews and the development of detailed plans for the construction of a new hospital.

Funding for the substance use disorder voucher more than doubled from current funding of $8 million to $17 million for the 2021-23 biennium.

Medicaid will cover the costs of interpreter services for both hearing impaired and language. Funding was also provided to provide Medicaid coverage for continuous glucose monitoring.

Senate Bill 2065 further clarified the definition and regulation of pore space by the Industrial Commission. Pore space may be used to store natural gas, carbon capture, or salt water and is considered a surface owner right in North Dakota.

As in most other states, a written property disclosure will now be required for all sellers of residential property. The law requires licensed real estate professionals to use a formal property disclosure statement. Owners of property they are selling themselves must disclose, in writing, any material facts of which they are aware.

K-12 schools will receive approximately $427 million in the third round of COVID relief funding that will be released later this year. Guidelines won’t be received from the federal government before the legislative session ends so legislators are planning a special session in December to appropriate COVID relief funds.

A skilled workforce scholarship program with funding coming from a $6 million transfer from the Bank of North Dakota. The scholarship would require a dollar for dollar matching from private industry.

The creation of an early childhood education program for four-year-old children was appropriated in the Department of Human Services budget.

They met briefly at approximately 12:30 a.m. after their final adjournment to elect leadership and establish the next meeting dates. Senator Ray Holmberg was elected as Chairman and Majority Leader Chet Pollert was elected Vice Chair. They scheduled their first full meeting for May 19 with the major item of business being selecting the studies for the interim. In immediate weeks following, a survey will be sent to all legislators to indicate what committees they would like to serve on, in addition to Legislative Council grouping the studies together into committees. Legislative Management will meet again on June 9th to select chairmen for the committees and select the members for the committees.

If there are studies that you have a significant interest in advocating to be chosen, or conversely to not be selected, please reach out to any member of the Olson Effertz team.

With a larger list for legislators to choose from, they typically appreciate feedback on the topics that they may not be as familiar with. When this list has been compiled by Legislative Council staff, we will send them out to you.

Lawmakers also gave final approval on HB 1253, a major election reform bill. The conference committee focused primarily on shortening the deadlines for post-election work. The biggest change is moving the county canvassing board meeting to 13 days after Election Day. 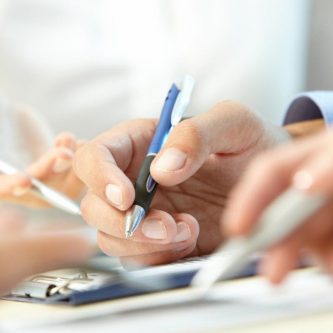 The Governor has vetoed four bills thus far. The following is a list of the vetoes and subsequent actions by the legislature. If the ending status lists “Passed over veto”, it means both the House and the Senate voted by two-thirds to override the Governor’s veto and the bill became law. The Governor will have 15 days after adjournment to veto or sign the bills that were passed on the last day of legislative session. Appropriation bills become tricky as they can be “line-item” vetoed meaning that certain sections of the bill can be vetoed, and not the entire bill.

HB 1298: Transgender Athletic Participation.
This bill stated that a public school may not knowingly allow an individual of the opposite sex to participate on a school - sponsored athletic team that is exclusively for females or exclusively for males. Veto sustained in Senate, Veto Passed in House. (Both Chambers required to sustain.)

HB 1323: Mask Mandate Ban
A statewide elected official or the state health officer may not mandate an individual in this state use a face mask, face shield, or other face covering. Passed over veto.

SB 2290:
Relating to emergency commission and budget section approval to accept and disburse federal and other funds. Passed over veto. 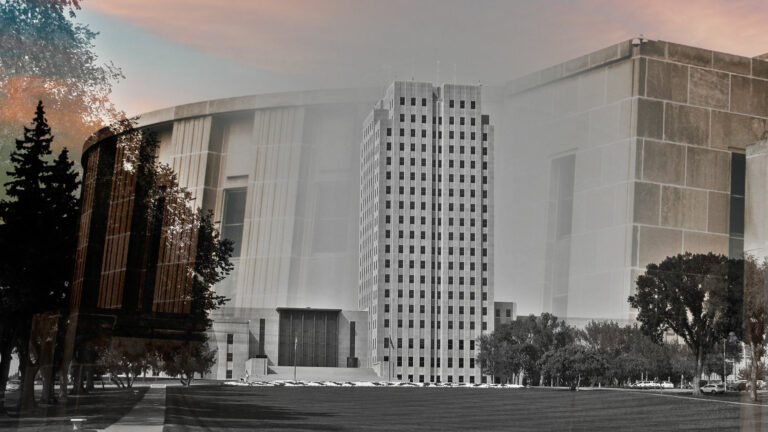 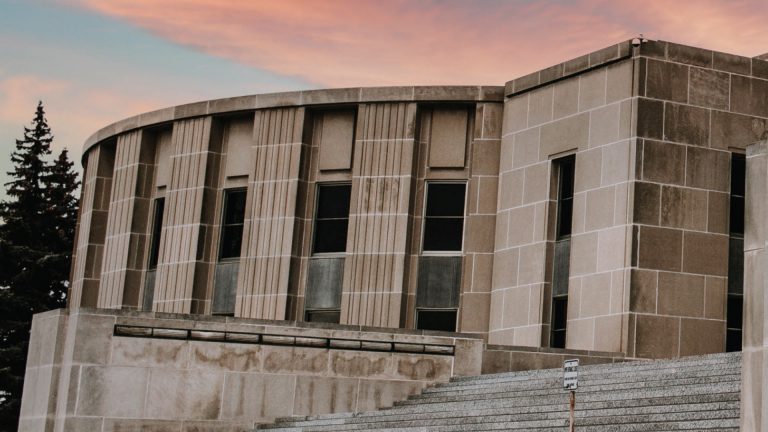 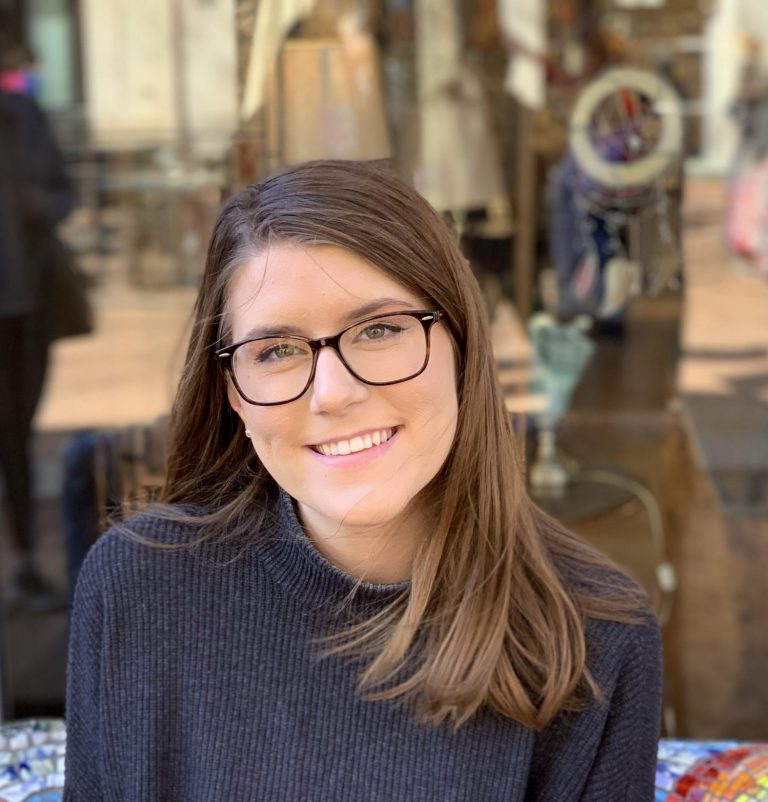